Water isotopes are not only proxies to infer the hydroclimate variability in the past, but also useful tools to understand modern and future climate change. Isotopically heavy water vapor condenses more easily than its light counterpart, so water isotope ratios provide the history of air mass condensation, which is associated with convective processes and vertical mass fluxes. These variables are crucial for us to understand and predict climate change, but unfortunately we do not have direct observations of them. Therefore, water isotopes could be used as proxies for these critical variables. One application of this idea is using water vapor isotopes from satellite data to track the tropical overturning atmospheric circulation. I am conducting research to find water isotope metrics to track the strength of the Hadley Circulation, which has significant impact on the hydrocycles of the world, including the U.S. 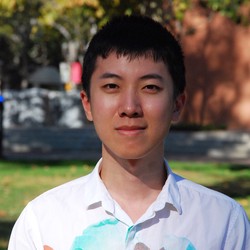 My research interests include understanding hydroclimate variability in the past, present and future via modeling and statistical tools.